Fashion Design: The story of the iconic Coco Chanel


Fashion is a way to express yourself and there are many styles available for anyone. All these styles have a brilliant mind behind their creation. In this article, we share with you the story of the iconic fashion designer Coco Chanel. 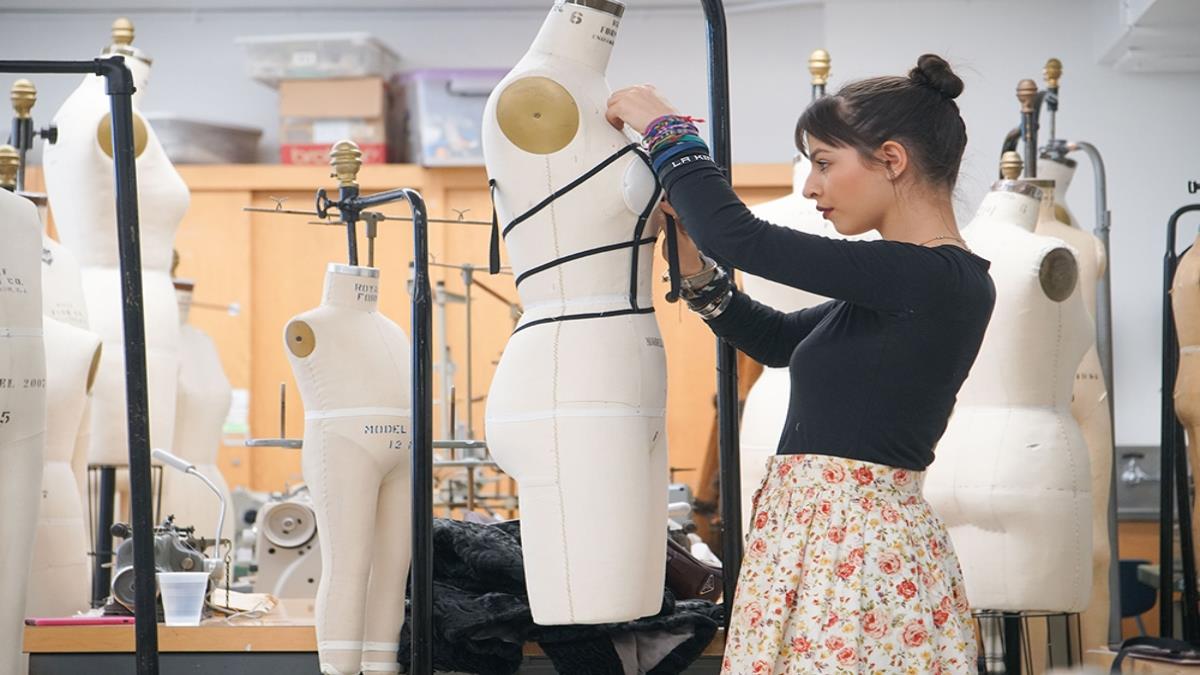 Who was Coco Chanel?

Coco Chanel was a famous fashion designer whose main objective was to create clothes that were more comfortable for women.  She was the most revolutionary stylist of the 1900s.

Chanel has become a style icon known for her simple yet sophisticated outfits paired with great accessories, such as several strands of pearls.

From rags to riches

Coco Chanel’s story is a perfect example of hard-work and perseverance. Her life started on August 19, 1883, in Saumur, France. She was born in dire poverty to unwed parents.

At the age of 12, after her mother’s death, Chanel was put in an orphanage by her father, who worked as a peddler.  There she was raised by nuns who taught her how to sew.

Something important to clarify is that her real name was Gabrielle Bonheur Chanel, but she change it while she worked, for a short period of time, as a singer in clubs in Vichy and Moulins where she was called “Coco.”

Her childhood taught her resourcefulness and razor-sharp survival instincts, which were the keys to her success but didn’t necessarily make her likable.

Although she couldn’t sketch and didn’t like to sew, she established herself in the fashion world through a series of liaisons with wealthy men. Around the age of 20, Chanel became involved with Etienne Balsan, who offered to help her start a millinery business in Paris. She soon left him for one of his wealthier friends, Arthur “Boy” Capel. Both men were instrumental in Chanel’s first fashion venture.

Opening her first shop on Paris’s Rue Cambon in 1910, Chanel started out selling hats. She later added stores in Deauville and Biarritz and began making clothes.

Everything Chanel encountered among the very poor became material for the fashions she’d later design for the very rich. She invented the genre pauvre, or poor look by putting women into men’s jersey sweaters, creating a simple dress based on a sailor tricot.

The very simplicity of her fashions was part of their charm. And her first success shows it: a dress she fashioned out of an old jersey on a chilly day.

Chanel became a popular figure in the Parisian literary and artistic worlds. She designed costumes for the Ballets Russes and Jean Cocteau’s play Orphée.

In the 1920s, Chanel took her thriving business to new heights. She launched her first perfume, Chanel No. 5, which was the first to feature a designer’s name.

Then, one of the most relevant things in Coco´s Chanel design history happened: in 1925, Chanel introduced the now legendary Chanel suit with collarless jacket and well-fitted skirt.

Her designs were revolutionary for the time as she borrowed elements of men’s wear and emphasized comfort over the constraints of then-popular fashions.

Another 1920s revolutionary design was Chanel’s little black dress. She took a color once associated with mourning and showed just how chic it could be for evening wear.

Although everything seemed to be going uphill, the international economic depression of the 1930s impacted negatively on Chanel's company, but it was the outbreak of World War II that led her to close her business. She fired her workers and shut down her shops.

At the age of 70, in the early 1950s, Chanel made a triumphant return to the fashion world. The critics were there but her feminine and easy-fitting designs soon won over shoppers around the world.

This may also interest you: Anything Goes! The Life-Affirming Power of Contemporary Street Style

Fashion is a way of creating art that helps people express themselves. Coco Chanel finds a way to create a fashion that shows that you can be classic no matter how much many you own.

If you are interested in how fashion can help communicate a message and your dream is to create a style that will make people feel identified, then ¡you should study the Higher Certificate in Fashion Design!

Why study the Higher Certificate in Fashion Design?

The Higher Certificate in Fashion Design allows you to study the best way to take styling decisions,  from clothes to accessories. Fashion Design is ideal for creative people, who like matching and playing with colours, textures, and materials.

In this bachelor, you will also study how to combine artistic principles and applied graphics to transform an idea into an appealing product. This allows you to combine theory and practice, all in the search for the perfect aesthetic.

The Fashion Design industry offers many branches in which you can specialize: clothing design, footwear design, accessories design, and many others. The Higher Certificate in Fashion Design will help you become a successful fashion designer, retail buyer, retail manager, stylist, or textile designer.

Where to study the Higher Certificate in Fashion Design?

If you live in South Africa, Inscape Education Group offers the opportunity to study with them the Higher Certificate in Fashion Design either by distance learning modality or classroom-settled learning with the best professors.

To learn more about this certificate or any other academic opportunity that Inscape Education Group offers, you can fill out the form on this page with your data to get more information.

Also, we invite you to keep surfing through our web Universities and Online Degrees Guide to know more about the universities and studies available in South Africa. ¡It is time to study what makes you feel passionate!

Get Instant Information about the University

Online Programs provides up to date information about degrees that connect you to the best university for your studies.

Check out our newsletter and stay up to date on the latest news and university degrees in South Africa.